Fudgy Vegan Brownies are also gluten free, and the best homemade brownies you could make. Supremely fudgy, easy to bake, and made with wholesome ingredients. 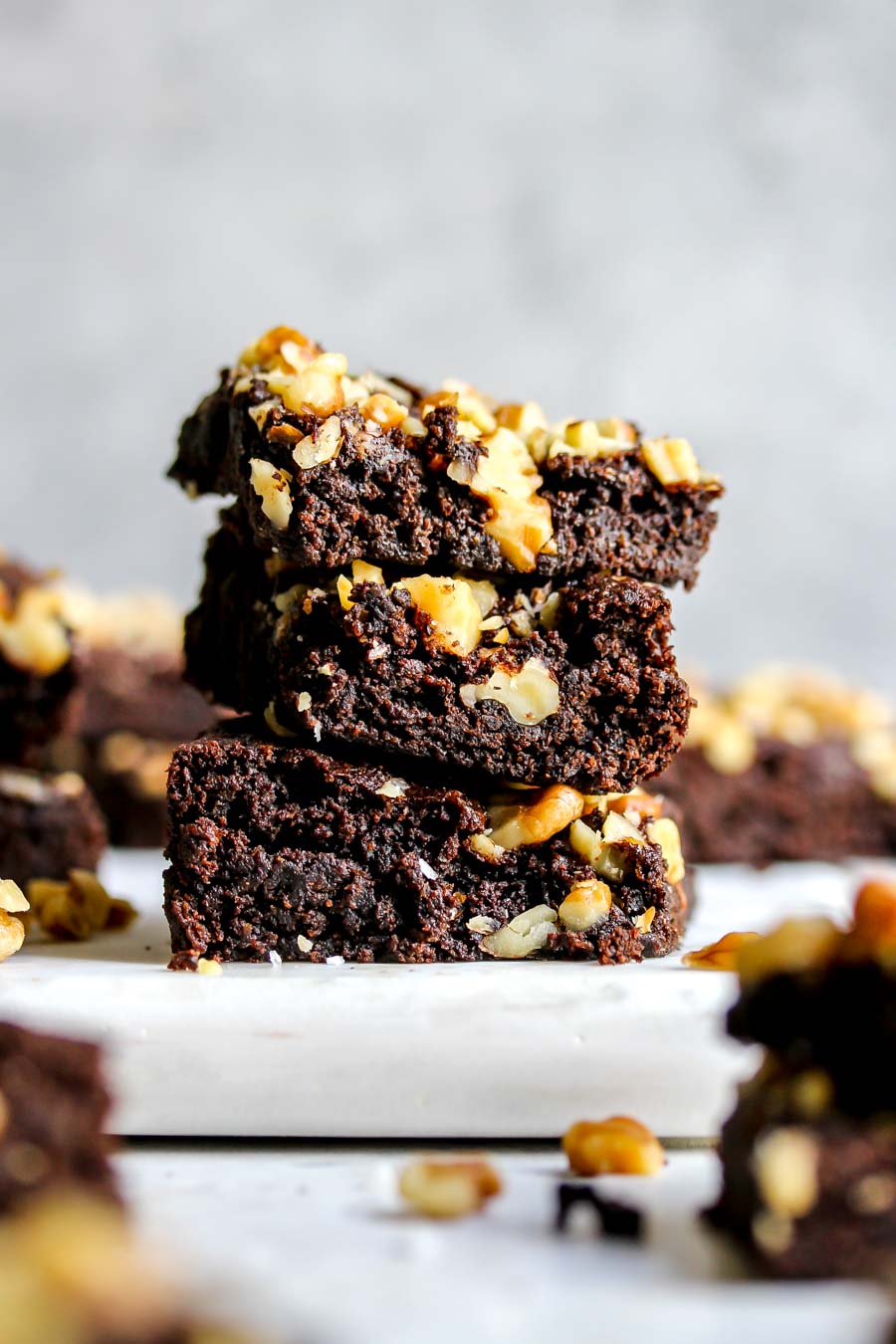 Why You’ll Love these Vegan Brownies

I teased you guys on Instagram with these insanely fudgy brownies all last week, and after multiple rounds of testing, they’re finally ready for their grand blog appearance!

I don’t say this lightly, but they’re not only the best vegan brownies I’ve made, but also the best ones I’ve ever eaten. And I’ve tinkered in my fair share of plant-based baked goods. So, what the heck makes these so superior? 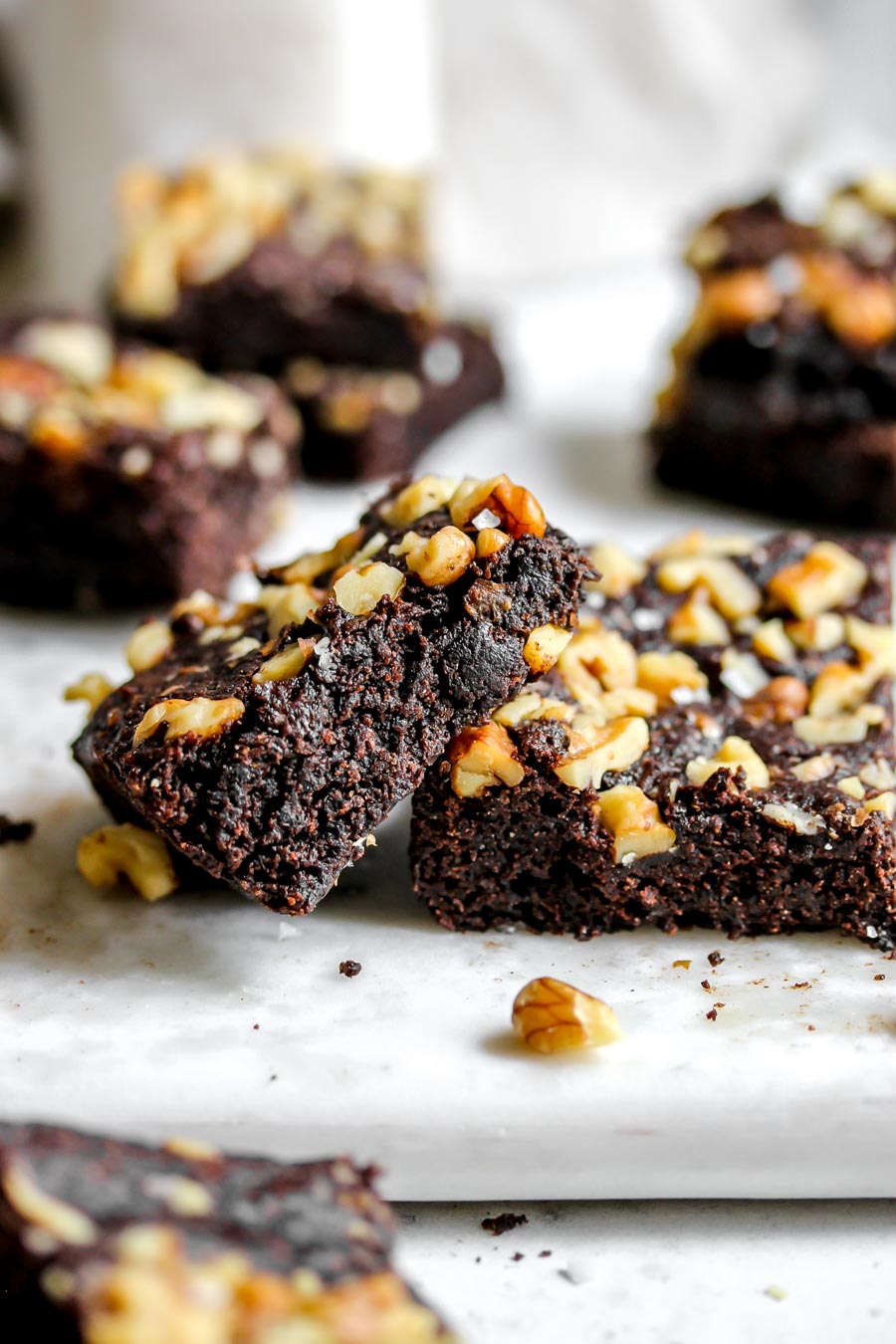 Firstly, they’re made with buckwheat flour.

What is Buckwheat Flour?

In short, an earthy, full-flavored flour that lends a heartier flavor in baked goods than those made with wheat flour. Many assume buckwheat is a grain (because it looks, tastes, and sounds like a grain), however it’s actually made from a nutritionally-dense seed. Therefore, buckwheat is naturally gluten-free, and a fantastic alternative to wheat flour in grain-free baking. Pairing buckwheat flour which cocoa and coffee especially, presents a fabulous opportunity to draw out its rich flavor and let its uniqueness shine.

Where to Buy Buckwheat Flour:

Don’t worry, it’s easier to find than you think! It happens to be one of those flours you’ve probably just never noticed because you weren’t looking for it. My favorite brand of buckwheat flour is Bob’s Red Mill, and I typically find it at either Whole Foods, Sprouts, or King Soopers. 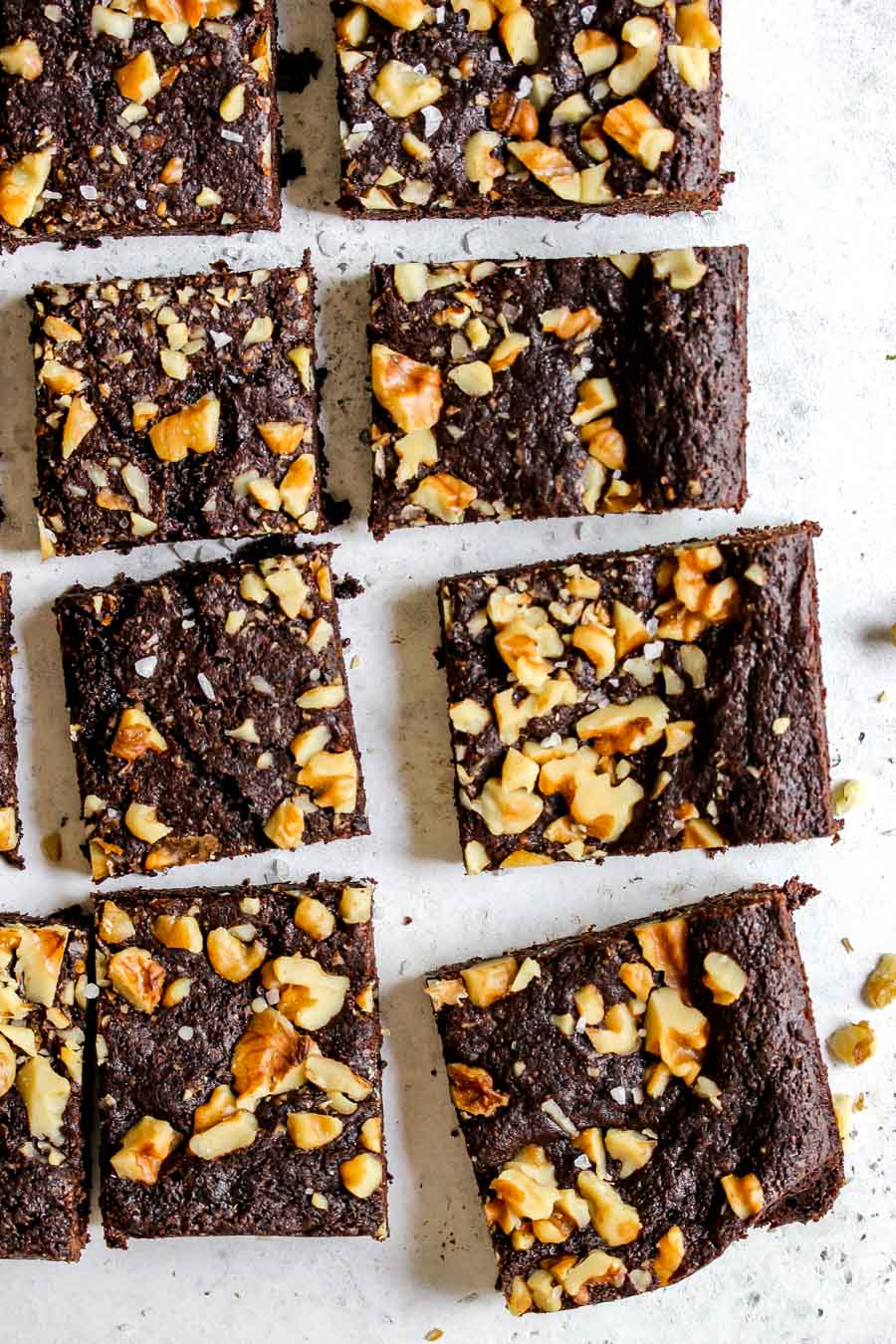 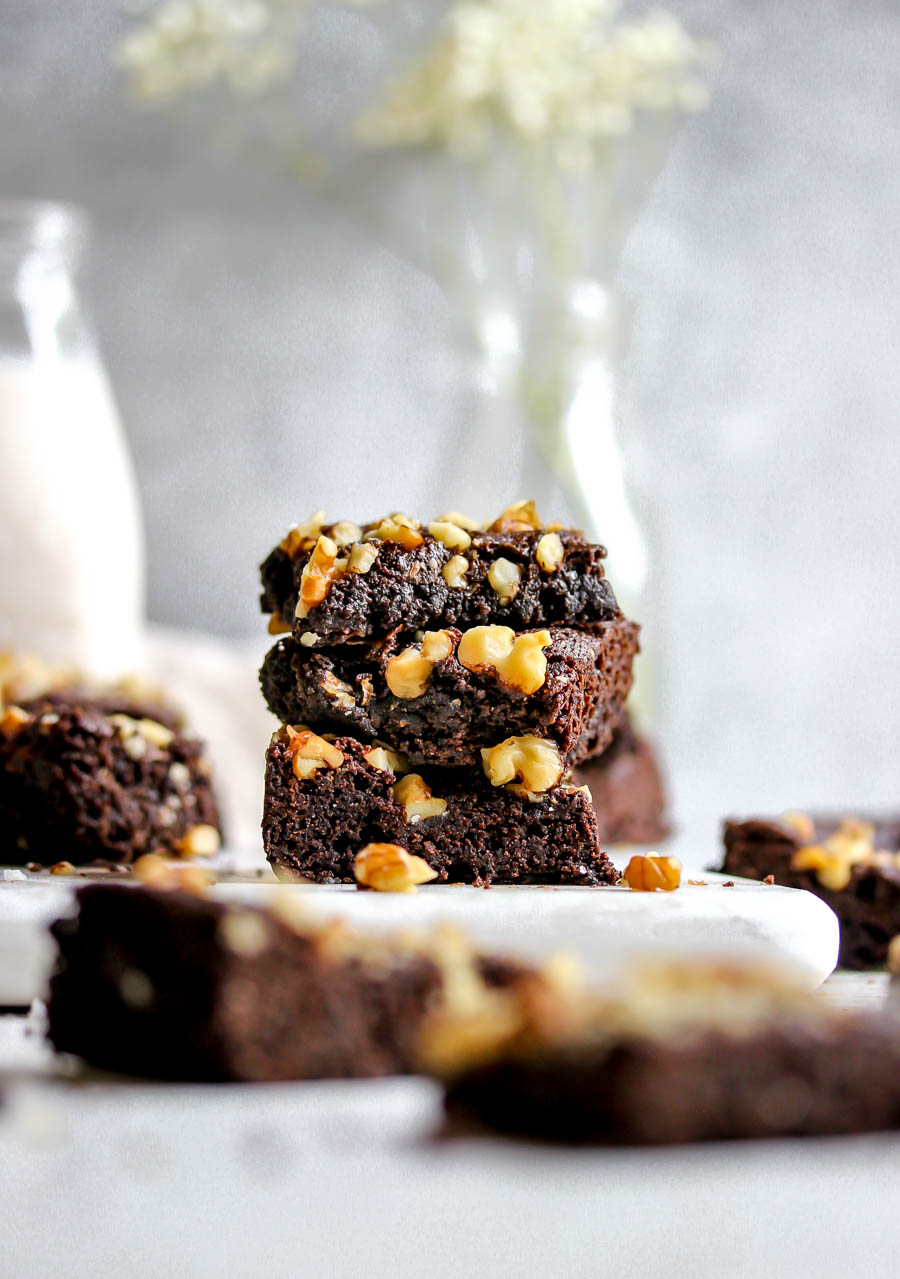 How to Make Vegan Brownies:

While most brownies rely on eggs for binding and stability, we’re leaning on a flax egg in this recipe. Although flax eggs don’t work as an egg replacement in ALL baked goods, they do work well in adding binding power (plus some moisture) to brownies.

Flaxseeds are rich in fiber and omega-3 fatty acids, so in addition to improving structure, we’re also enhancing the nutrient profile of this brownies. 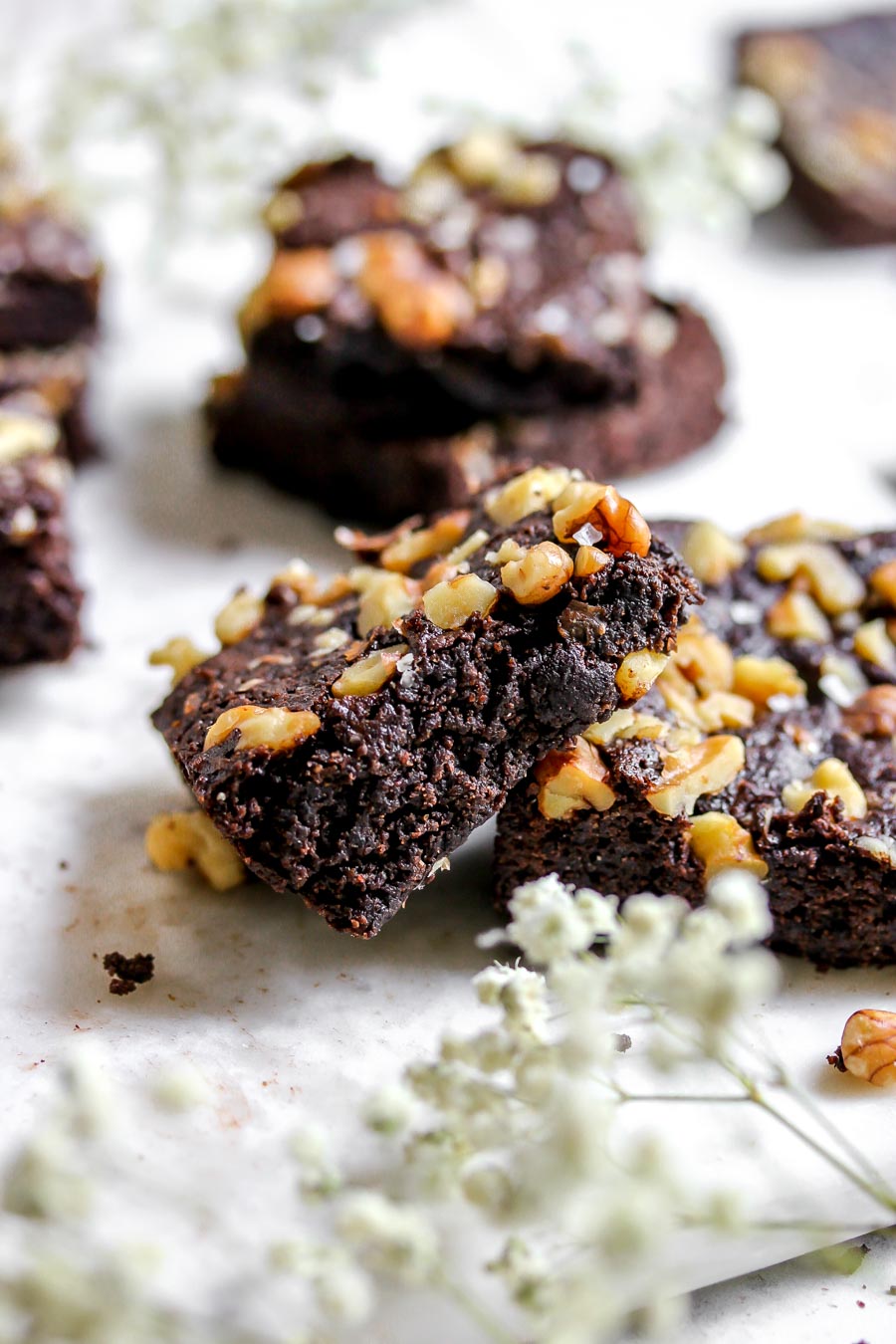 If you give this recipe a try, be sure to snap a picture and tag #dishingouthealth so I can see your creations!

Other Vegan Dessert Recipes to Try: 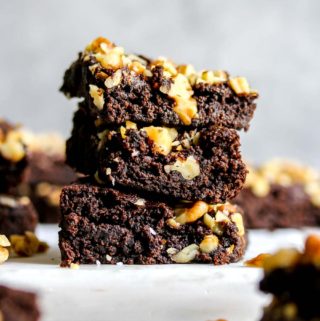 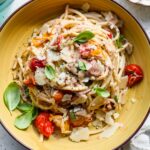 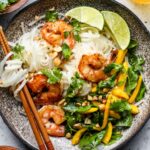 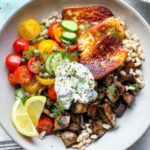 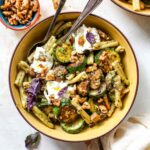 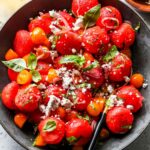 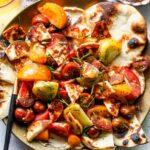 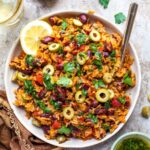