This beautiful rustic potato salad replaces traditional mayo with an herbaceous pesto to create a light, flavorful side-dish. This delicious potato salad is perfect for summer cookouts, weeknight dinners and everything in between!

How was everyone’s Memorial weekend?! I hope fantabulous and filled with people you love, food you crave and some refreshing cocktails by the pool. Mine included all of the above with perhaps too heavy of an emphasis on the latter. Oomph. My body was not impressed with me and made sure I felt the repercussions the next day. After loads of water, a good sweat session at the gym and catching up on some Zzz’s, i’m finally starting to feel human again… as opposed to a character on The Walking Dead.

Note to self – you are no longer in your early 20’s, buttercup. 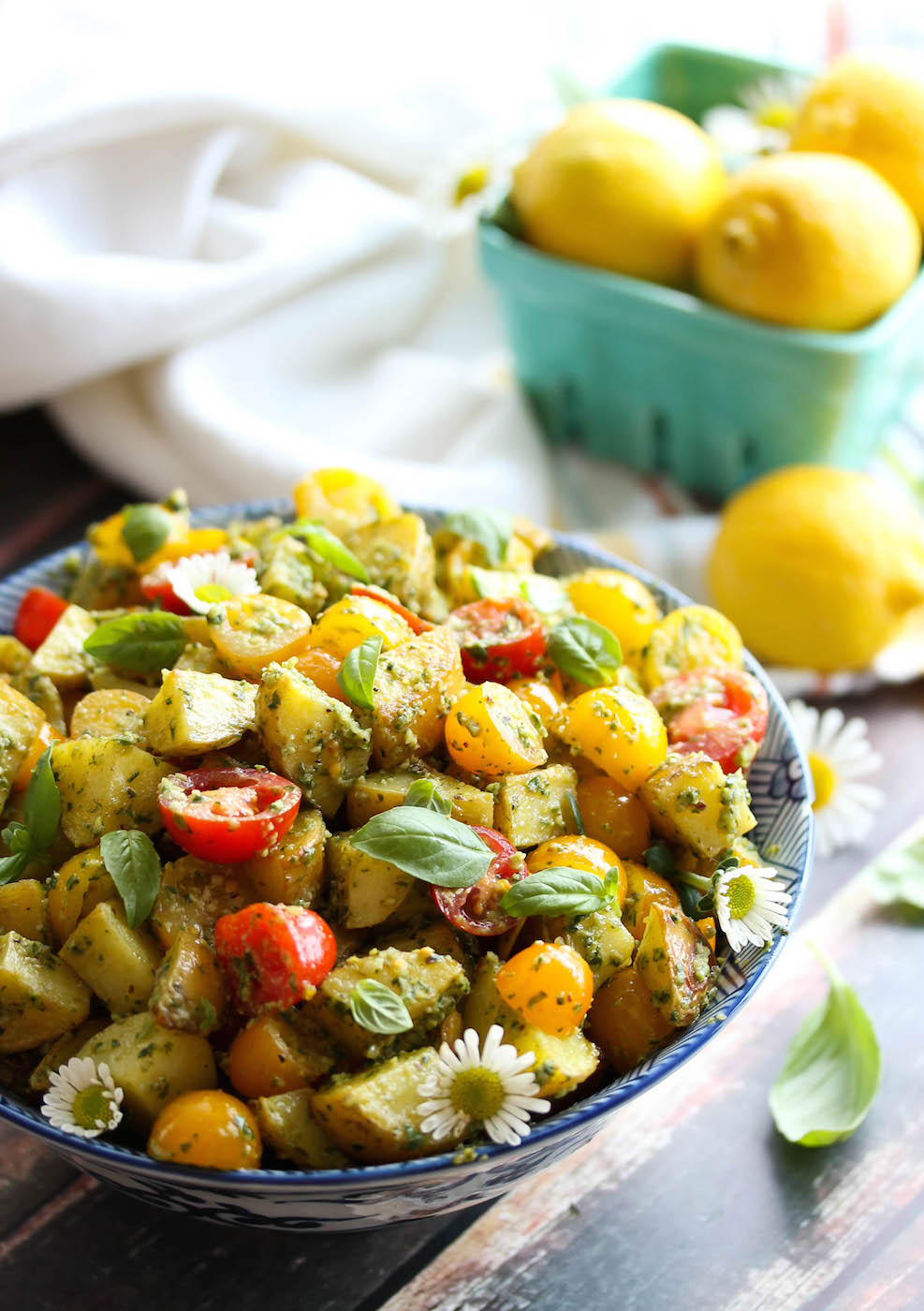 But now that we’ve {unofficially} kicked off summer, I’m super jazzed to share this recipe with you all! There are two things that really kick potato salad up a few notches for me. First is if the potatoes are roasted instead of boiled. It truly makes SUCH a substantial difference in both the taste and texture. They acquire a rich, roasted taste and an amazing caramelized, crunchy texture. Similar to thick-cut French fries. I’m telling you guys, SO worth the minor extra effort.

Next is if the traditional mayonnaise-based dressing is substituted for something light, crisp and flavorful. Something lemony with herbs, Dijon mustard, a tangy vinegar or olive oil preferably. I made this potato salad at the end of last summer and it held its title as my favorite maybe up until now. I’m not a big fan of mayo in anything (except lobster salad, GAH!), so using a fresh, flavorful pesto was the PERFECT substitute. 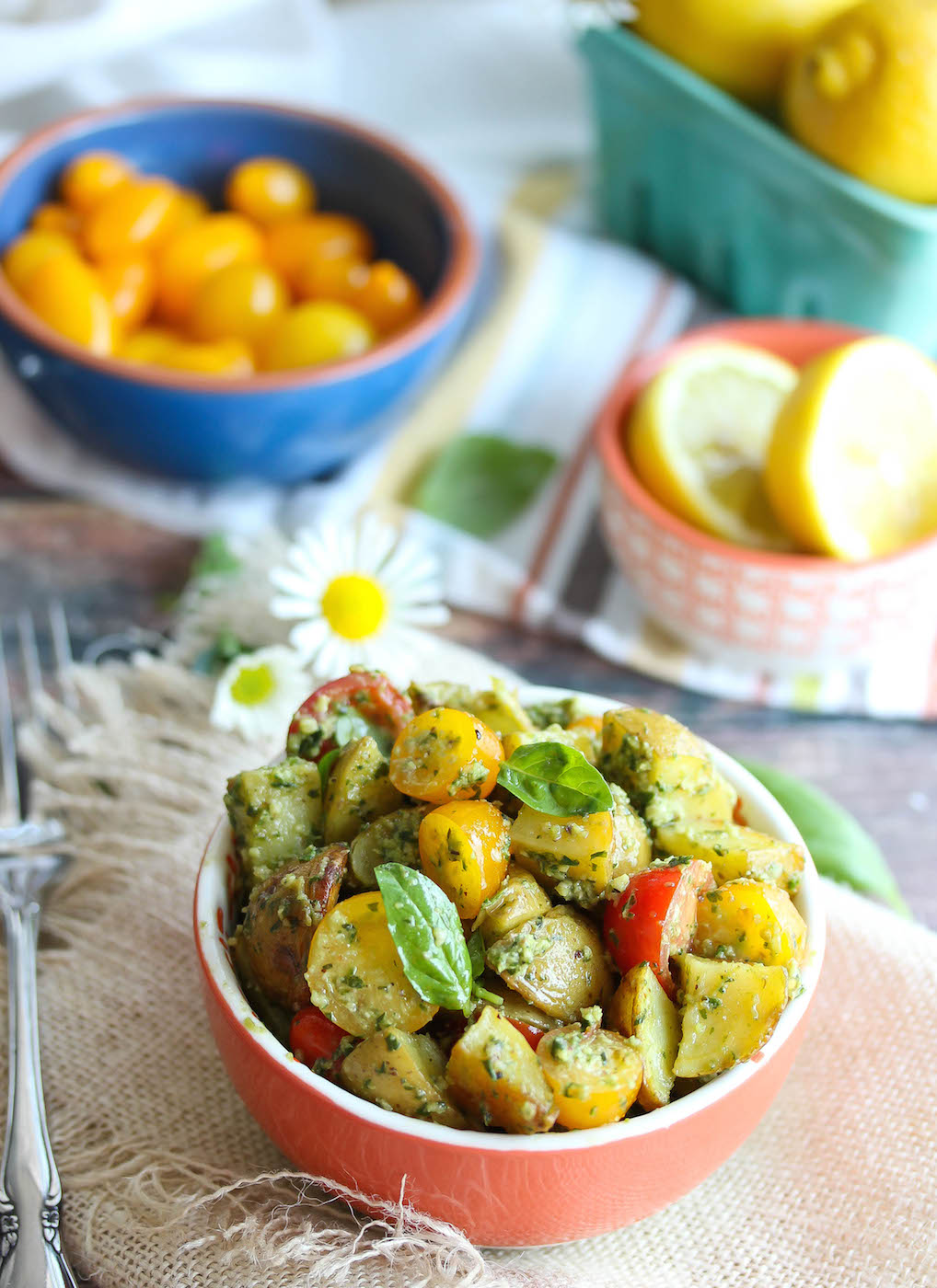 I also love the addition of cherry tomatoes, as they add a burst of freshness to every bite. Not to mention the beautiful array of colors and extra boost of antioxidants they provide. These little gems are also at the start of their season, woo! Summer produce: you win MVP of life.

It’s almost like an Italian-inspired potato salad that happens to pair exceptionally well with just about anything you throw on the grill. Burgers, fish, steak, chicken, vegetables, you name it! Of course if you don’t have access to a grill (story of my life), anything you toss in the oven works, too 😉

So whataya say? Add it to your summer bucket list? And then add me to your invite list? I’ll bring the Watermelon Shandy! 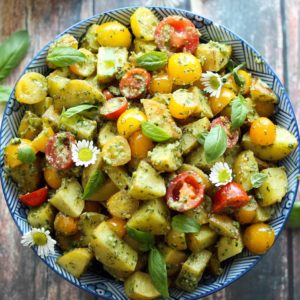 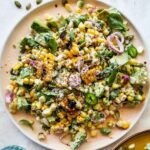 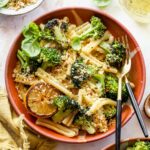 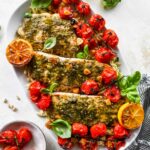 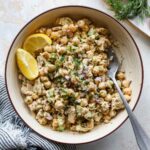 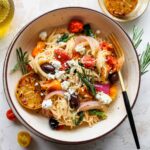 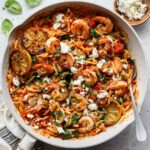